How to make the Passato Prossimo

The passato prossimo tense is used in Italian to express actions and events that occurred in the past.

Usually, it appears together with time expressions such as

The Italian passato prossimo corresponds to the English simple past and present perfect, and so we can say that it has two possible translations, as in the examples.

How to Make the Passato Prossimo

As you can see from the above phrases, the passato prossimo is made up of two entities: an auxiliary or helping verb and a past participle.

The first part, “ho“, is called an auxiliary. The second part, “parlato” is called a past participle. The passato prossimo is always made up of these two entities.

What’s the auxiliary and the past participle?

The auxiliary is the present tense conjugation of avere or essere.

The past participle is the second part of the verb, and it’s formed by dropping the infinitive ending (-are, -ere, -ire) and by adding the suffixes -ato, -uto, and -ito to the stem of the verb.

Examples of regular past participles:

This is the full conjugation of the regular verbs that use “avere” as an auxiliary in the past tense.

The Passato Prossimo with “Essere”

The choice of the right auxiliary: essere or avere?

The passato prossimo is a super easy tense, but there is something that confuses most students: what auxiliary to choose between essere and avere.

And then, there’s a number (luckily not too large) of verbs using essere as an auxiliary. The most common ones are andare (to go), arrivare (to arrive), tornare (to return), essere (to be), stare (to stay), entrare (to enter), uscire (to go out, to leave), partire (to leave for), diventare (to become), salire (to go up), scendere (to go down), nascere (to be born).

How to conjugate the “essere verbs”

“I” and “E” are used for the noi, voi and loro forms. “I” stands for the masculine plural. “E” for the feminine plural.

If you’re having trouble with this, memorize the pattern of the verbs essere and andare (two of the most commonly used Italian verbs) and apply it to the other verbs on the list above.

Note that the verb essere (=to be) has an irregular participle form, which is “stato“.

Imperfetto and Passato Prossimo: The Difference

If you are a beginner you should skip this topic for now. If you already know the Italian imperfect tense, you can have a look at this article to clarify any doubts.

Imperfetto and Passato Prossimo: The Difference

How to use the verb mettersi The Italian Preposition DA 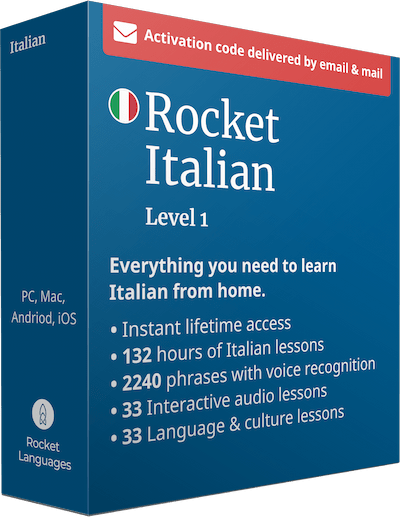