‘Tutte le strade portano a Roma” is a famous Italian. Ir refers to the fact that many different roads were connecting the city with the rest of the Empire. All these roads would have led the travelers to Rome from the many various settlements of the Empire.

Nowadays, this proverb conveys the message that there are different ways to get to the same goal. Do you agree? The saying exists in English and can be translated as all roads lead to Rome. What about in your language?

If the same or a similar expression exists in your native language, please write it down in the comments.

GET UPDATES ABOUT MY PODCAST, IMMERSION TRIPS AND SMART LEARNING PROJECTS

If you are a passionate Italophile, the odds are you have been faced with the complex topic of “the languages and dialects of Italy.” If you have ever traveled to Sicily or you are planning to, you might have wondered if Sicilian people will understand you or you will understand them.

I am an Italian and Sicilian speaker (although my Italian is more robust than my Sicilian) and in this article, I will

I wish I could integrate more information about the other minority languages and dialects spoken in Italy. However, as a native Sicilian, I think it makes much more sense to share my first-hand experience as a polyglot, a linguist, and an Italian teacher in Sicily living in between Sicilian and Italian.

Let’s start with the first dilemma…

Is Sicilian a language or a dialect?

Sicilian is a language that has many dialects spoken in different parts of the island. That’s why, at the moment, it is kind of hard to find a definition of standard Sicilian. The good news is that the Cademia Siciliana is doing a great job normalizing the Sicilian orography and spreading Sicilian’s awareness across the island and the world.

And so, is Sicilian a language or a dialect?

The widespread misconception about Sicilian Language being a dialect derives from the fact that most people don’t know what makes a dialect different from a language.

What is an Italian dialect? What is a language?

An Italian dialect is a variation of the Italian Language, and so, we can say that it lays its roots in the Italian language. The most famous dialects in Italy are, undoubtedly, the “Romano or “Romanesco.” These are the dialects, respectively spoken in Rome and Central Italy.

So, a dialect is an alteration of Italian.

English: what are you doing?

Sicilian is considered a language because it is not a variation of Italian but an evolution of the Latin language, with massive influences of Ancient Greek, Arabic, Spanish, French, and Catalan. Quite a unique combination, isn’t it?

So, why many people, including Sicilians, think of Sicilian has a dialect? In a nutshell: prejudices. For decades Sicilian has been considered a dialect spoken only by uneducated people or peasants.

Is Sicilian Language different from Italian?

Yes, it is, just like the other romance languages (French, Spanish, or Portuguese) are different from Italian. The Sicilian grammar shares the same fundamentals as the other Latin language and, in my opinion, has a closer relation to Spanish grammar.

For example, Sicilian does not use the “passato prossimo” like Italian, but the “passato remoto (the historical past)” to speak about the immediate past.

That’s just one example, but I could make a very long list of parallelisms and shared vocabulary between the Spanish and Sicilian.

The reason for such a unique combination goes back to our history. Several different civilizations conquered and settled in Sicily in our current time, leaving legacies in the Sicilian arts, culture, and language. These influences make Sicilian different from standard Italian.

English: where do you work?

Examples of other influences

English – to kid around

Is Sicilian a live language?

Sicilian is recognized as a minority language by Unesco. With over 4 million speakers of “Sicilianu” in Sicily, Southern Italy (Calabria and Apulia), and in the world. Sicilian is not considered an endangered language but a “vulnerable one”, since it has been facing pressure from Italian over the last century.

No surprise, Sicilian has been “italianized” over the last decades. The language is not (yet) an official language in Sicily and thus is not taught in schools.

However, being a Sicilian and polyglot simultaneously, I have seen a revival of the Sicilian Language in the last few years.

Both the Cademia Siciliana and some brilliant polyglots and language students are doing a great job by shedding light on Sicilian’s study as a minority language.

Where is Sicilian spoken?

Sicilian is also spoken out of Italy in many Sicilian immigrant communities in Canada, Germany, Argentina, the USA, or Australia. It is not rare to bump into third-generation Sicilian-American having a good grasp of the language or being completely fluent, who inherited and learned the language from her ancestors.

Funny fact, the Sicilian spoken abroad in the immigrant communities uses many words and expressions that have been forgotten in the contemporary Sicilian. It’s a lot of fun listening to an old Canadian nonno speaking a much older and purer version of Sicilian than my family here in Sicily does.

Yes and no. The official and most spoken language is Italian. Italian is the language we use at school, at work, and in the vast majority of everyday situations. So if you are asking yourself, will I be able to understand Sicilian people? My answer is YES. We do speak Italian. Sicilian is used in informal settings, for jokes o to emphasize something ironically. The only people who might not talk proper Italian (very few at this time) would live in rural areas and have probably been born in the first half of the 20th century!

Do I need to know Sicilian to travel to Sicily? Or do I need to speak the local dialects when traveling or living in Italy?

No, I would generally argue that learning Italian is a great idea if you plan an extended stay in Italy. However, Italians would not expect any foreigner to speak the local language or dialect.

But you know… hearing someone from far away speaking the local language or dialect would make the day of a native speaker, as happened to me whenever I spoke Sicilian with a foreigner. So, why don’t you try to pick up a few words in dialects before your trips?

How can I learn Sicilian?

As a minority language, there is no great deal of learning material or textbooks as for the other Romance languages.

However, you shouldn’t be put off by the scarcity of “conventional material.”

Other than a few Sicilian grammar books that you can find on Amazon, you can learn Sicilian online using  Utalk or taking lessons with private tutors on Italki.

The Sicilian culture is pervasive, exciting and rooted in the island. There is a wealth of songs, books, and online material that serve as authentic material for your Sicilian learning routine.

Wikipedia is an incredible source for Sicilian learners as you can use the many translated articles as a free learning resource.

On Glosbe.com, you can find Sicilian – Italian or English – Italian dictionary.

HELPFUL RESOURCES TO LEARN SICILIAN ON YOUR OWN 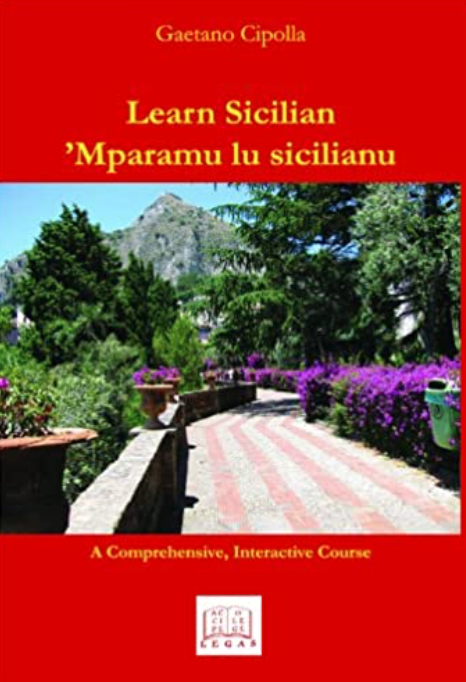 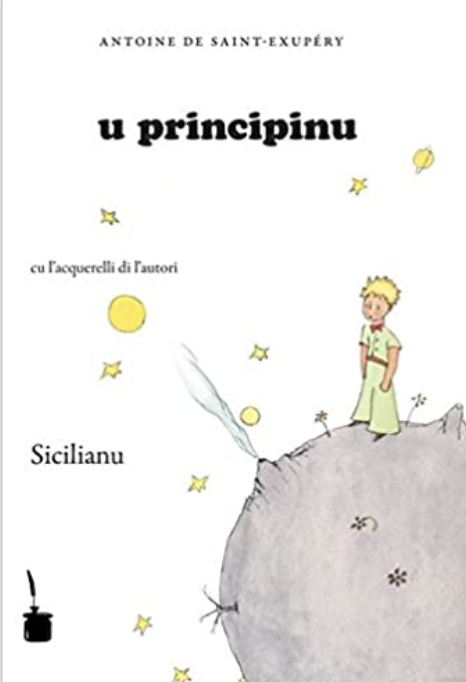 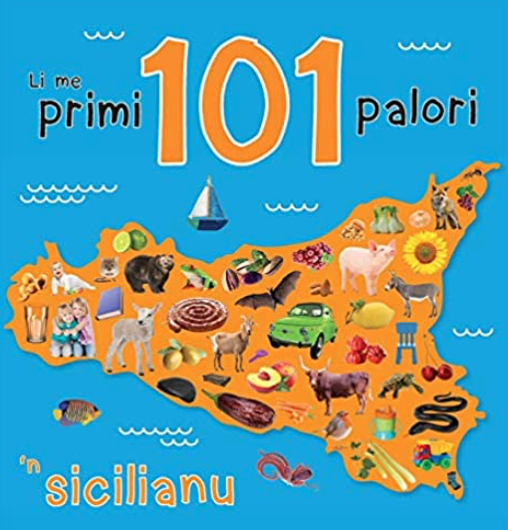 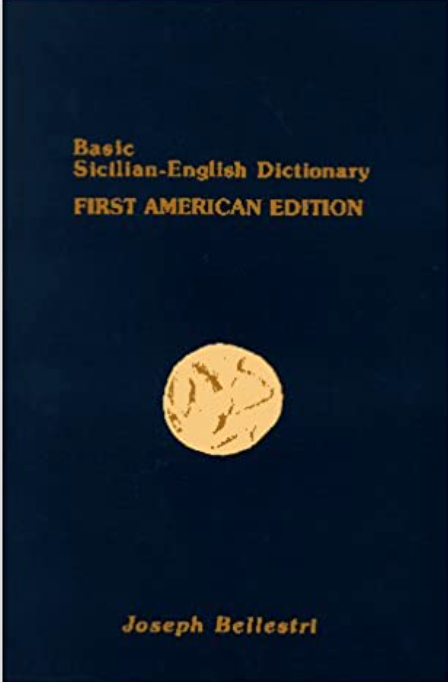 Disclaimer: I wrote this article due to my experience with Sicilian in Sicily and within the international community of polyglots who decided to embrace the Sicilian journey. There are undoubtedly people or academics who can better and, in more scientific terms, describe the state of the Sicilian Language today. 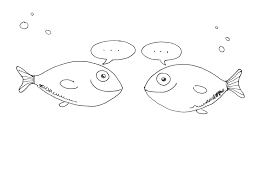 Sono sano come un pesce. I am fit as a fiddle.

3. Essere un asino (o somaro). Literally: Being a donkey. Figurative: Being not clever, especially at school.

E’ un somaro come suo suo padre! He is a dunce as his dad!

4. Essere (lento come) lumaca o tartaruga.  Literally: being slow like a snail or a turtle. Figurative: being very slow.

Sei una lumaca! You are slow!

5. Rosso come un gambero. Literally: Red as shrimp. Figurative: to become very red in the face, usually because you are embarrassed or sunburnt.

Sei diventato rosso come un come un gambero. You went as re as a beetroot.

6. Essere una iena (o vipera). Literally: Being a hyena (or viper). Figurative: to be a very mean woman.

Quella è propria una vipera. She is a real a b**ch.

”Una notte da leoni” is also the Italian title that has been given to the famous movie ‘The Hangover’.

9. Essere la pecora nera. Literally: being the black sheep. Figurative: someone who is thought to be a bad person by the rest of their family.

10. Chiudersi a riccio. Literally: shutting yourself like a hedgehog.  Figurative: to clam up, to become silent suddenly, usually because you are embarrassed or nervous, or do not want to talk about a particular subject.

Quando si parla di suo padre, si chiude a riccio. When one speaks about her father, she calms up.

11. Essere un lupo solitario o fare il lupo solitario. Literally: being or make the lone wolf. Figurative: a person who prefers to do without the company or assistance of others.

Perché fai sempre il lupo solitario alle feste? Why do you make the lone wolf at the parties?

12. Essere un verme. Literally: being a worm/maggot. Figurative: being a despicable person.

Sei un verme! You’re a louse of a human being!

13. Mettere la pulce nell’orecchio a qualcuno. Literally: to put a flea into someone’s ear. Figurative: to plant a seed of doubt to suggest otherwise to a fact or thing.

If you liked my post and want to get more material about Italian language & culture, join my Facebook page 😉