What you should learn the pronounce Italian correctly from day one:

My best advice for an absolute beginner is: don’t rush into the fundamentals. A solid basis will enhance your fluency long-term, guarantee. A bad pronunciation habit acquired as a beginner can become an automated mistake long term. And God only knows how hard it is to unlearn mechanical errors.

Mastering the Italian pronunciation will also give you more confidence when speaking: articulating clearly will make you be understood as a beginner by a native speaker. On the other side, sometimes, it can be hard to comprehend advanced Italian speakers with poor pronunciation.

How to train your Italian pronunciation as a complete beginner

Don’t be afraid of speaking with an accent – Italian themselves, North to South say with plenty of accents, and still, we understand each other. As a beginner, internalizing these few rules will go a long way.

Italian is a phonetic language, and this is good news to any complete beginner. It means that you read just what is written the vast majority of the time, unlike English.

That makes it easier to read and speak Italian as a beginner, as you won’t have to spend a lot of time on the pronunciation rules.

Most of the Italian consonants are pronounced just like in English.

As far the Italian vowels are concerned, there are a few differences, let’s dive into them.

E is pronounced “e”, like in get or end

O is pronounced “o” not

The Alphabet in Italian 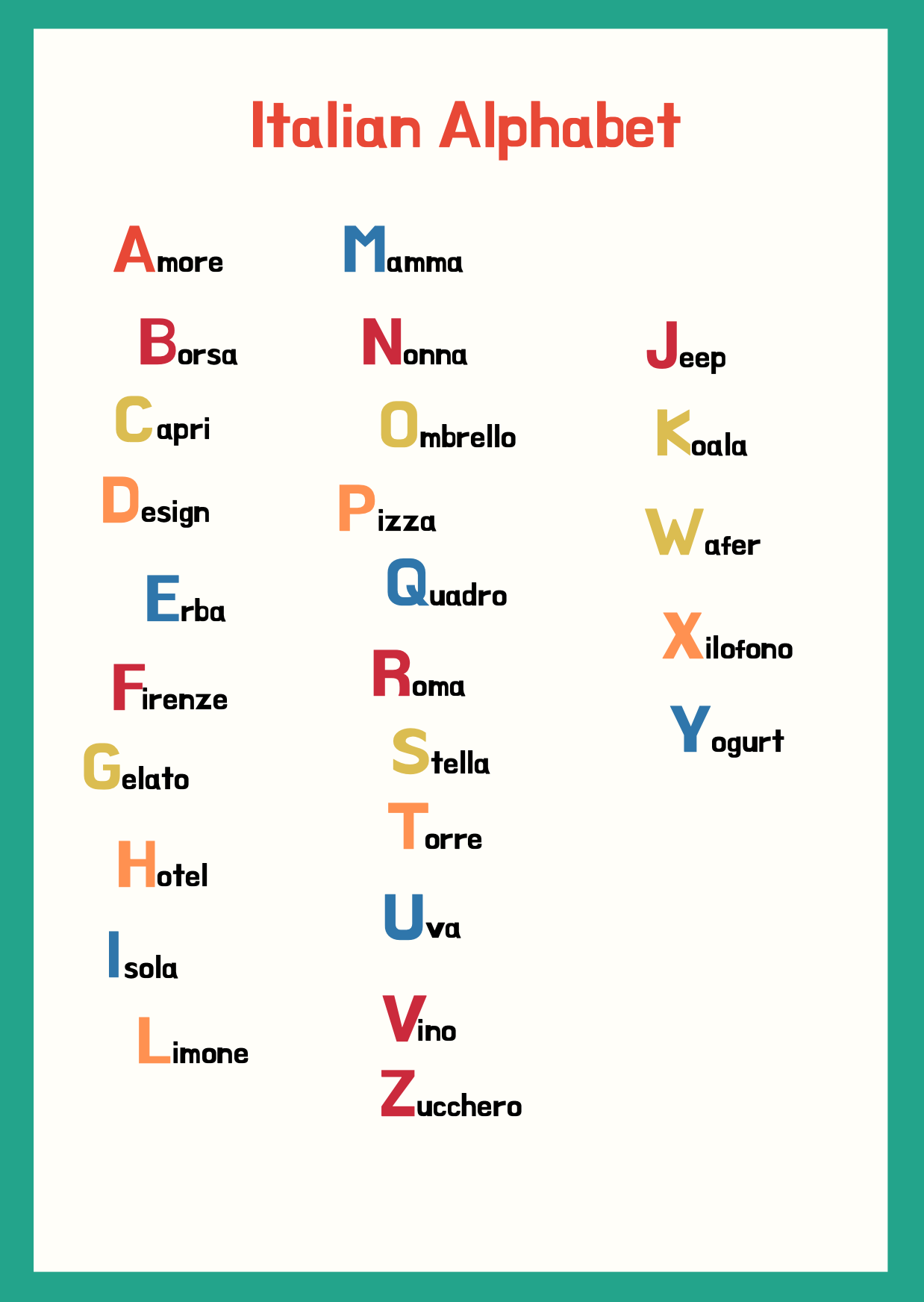 Italian is a phonetic language, which means that, unlike English, you read what is written the majority of the time. Because we can recognize the orthography of a word just by listening to it, it’s rare for a native Italian speaker to ask to spell something (including a complicated last name). Italians don’t spell; in fact, we don’t even have a verb for “to spell,” so we say “fare lo spelling,” which literally means “to do the spelling.”

Despite most Italian consonants being pronounced just like in English, there are a few letter combos with a different pronunciation.

I call them “exceptions”.

If you master these, you will be golden.

This is a sound you will see in the word “famiglia”

To make a good pronunciation of gli, think about the english  word million. It also help to

open your mouth and show your teeth as if you were smiling.

Romance language speakers have a similar sound though, which is ll in Spanish, ll in French, an lh in Portuguese. These sounds are not exactly the same as the Italian gli. Gli is in fact more exaggerated.

Words for practise the sound gli​

The GN is similar to the sound in the word onion. Or, for those who are familiar with Spanish, with the sound ñ, like in España.

the “c” can have a hard sound, and a soft sound. Let’s see what it means.

The hard sound of the C, is pronounced like in the name Karen

The soft sound of the C, is like in the name Charles

The hard sound of the “c” occurs when the “c” is followed by the vowels “a”,“o”,“u”, or appears in combinations with the “h” in the combination H+I or H+E.

When the “c” is followed by an a,o,u, it has a hard sound, like in Karen or Karl

In Spanish, French and Portuguese this sound corresponds to “qu”

When the “c” is followed by an “i” or “e”, it is pronounced like in Charles

Just like the letter “c”, “g” can have a hard sound a and a soft sound.

In Spanish, French and Portugues corresponds  to the sound “gu”

The “qu” sound is pronounced like in the English word queen

The H is silent in Italian and this  means that is just written but never pronouns. So, if you had to read the word hotel in Italian, you would start from the “o” and read otel.

How to pronounce double consonants in Italian

the Italian r sound is rolled on the tongue . To roll your R, place the tip of your tongue at the roof of  your mouth, just behind your two front teeth.

To practice the “rolled r” you can use the english words butter or statter that have already a built in rolled r.

Words for practice in Italian

Rolling the “r” is not a big deal in Italian. In Souther Italian, the r is less rolled (and exaggerated) than in other Italian regions. I, myself, don’t have a heavily rolled r, and my accent is yet very standard.

The difference between double consonants and single consonants is enormous.
PaLLa is a ball, while paLa is a shovel.
CaRo is expensive, caRRo is a wagon.
One more consonant  has the potential to alter the definition of a word.
It can be difficult for non-native speakers to tell when there is a double sound and when there isn’t.
The only way to learn how to pronounce and write double sounds correctly is to read a lot so that you can associate a sound with the way it’s spelled naturally.

in Italian, when the accent falls on the final vowel it is accented: it means you will have to emphasize the last letter, which is always a vowel.

Other than pronouncing the sounds correctly, what’s is going to make your Italian sound extra natural is placing the stress on the right syllable. Unlike English, Italian intonation is entirely predictable, as, in the vast majority of the words, the stress is placed on the second syllable.

This trend does not hold up to all the Italian words, though, and there are some exceptions.

Some words place the accent on the last syllable. The words are ending with a graphich accent mark (and that’s the only case in which you can see a graphic accent in Italian)

Many connectors place the stress at the back of the word, like

Some words place the accent on the third syllable. Like,

As you can imagine, it’s impossible to keep track of all the varieties and intonations. For now, learn these general rules and combine them with listening and shadowing exercises.

Disclaimer: this is a guide for complete beginners, which does not dive into the nitty-gritty of Italian pronunciation. In this post, I didn’t cover the difference between long and short vowels, and that’s for a reason. Italian is spoken with an immense variety of accents. In some regions or even cities, certain vowels are pronounced short. In other long (and that’s what generally lays a line between Southern, Central, and Northern accents Italian accents ) – together with the pronunciation of the “s” an “z.” As a beginner or intermediate Italian learner, you don’t need to cover these aspects of the Italian language.

How to use the Italian prepositions IN and A

How to use the Italian prepositions IN and A

Everything You Need to Know About the Italian Present Tense 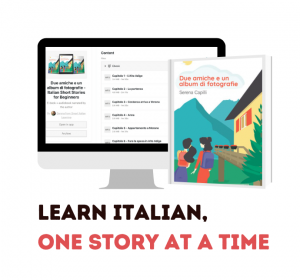