If you’ve ever taken a formal Italian class, I’m sure your teachers required you to spend a significant amount on verb conjugation drills.

I understand that this is not a simple or easy task, and that it may frustrate some students, but believe me when I say that once you understand why we conjugate in Italian and why it is important, it will blow your mind.

A verb is the most important part of a sentence in Italian: it describes an action or a state of being or an occurrent.

is or are arte parts of the conjugated verb “to be”

I speak, is the verb “to speak”

just to name a few!

The conjugation of verbs in Italian is fairly easy. It doesn’t take much memorizing, and there are only 12 tenses.

The simplest way to conjugate Italian verbs is to identify the verb’s infinitive form (the base form of the verb) and then add the appropriate ending to it. It’s very straightforward!

IO: the first person singular (I)

TU: second person singular (you, when you’re addressing one person)

LUI/LEI: the third person singular (he, she or it)

NOI: the first person plural (we)

VOI: the second person plural (you all, when you’re addressing two or more people)

LORO: the third person plural (they)

As a result, when conjugating a verb in Italian, you’ll have to change the verbs ending six times!

If you’re wondering why this isn’t done in English, I’ll explain. The use of the subjects in front of the verbs is required in English. That’s why the verbs aren’t changed. The subject (I, you, we, etc.) is in charge of giving the direction of the sentence.

To get a sense of who is performing the action described by the verb, you must say I speak or we speak instead of just “speak.”

Meanwhile, in Italian, it’s the verbs (and their conjugations) that determine the direction of sentences. In simple terms, knowing the ending of a verb allows you to determine who is performing the action (I, you, she, your friends, etc.) and whether it occurs in the present, past, or future.

As a result, subject object pronouns (io, tu, lui, noi, voi, loro) are unnecessary. The verb itself expresses who is carrying out the action.

For example, the “-erò” or  “-irò”ending in the future simple describes an action carried out by the “I” in the future

how do you conjugate verbs in italian

To conjugate a verb, in Italian, you always have to keep in mind the infinitive of the verb. We call infinitive, the base form of any verb. The base verb can be found in any dictionary. It corresponds to “to + any verb” in English.

To conjugate any verb in Italian, you need to add a different ending to the stem of the verb.

To get the stem of the verb, you need to remove the last three letters of the infinitive of regular verbs.

The stem of parlare is parl-. We got the stem by removing the last three letters of the infinitive of the verb (parlare)

We can simply conjugate in various tenses by using the stem PARL- and the corresponding endings to each conjugation/subject.

parl-avo →  I was speaking or I used to speak

The conjugation rules I just mentioned apply only to regular verbs. Regular verbs are those that follow the regular conjugations patterns.

Some verbs in Italian are irregular, as they are in any language. A verb with an irregular conjugation pattern is one that does not follow the standard pattern of conjugation. These verbs are also among the most commonly used in spoken English.

When you conjugate irregular verbs, the stem to which you must attach the conjugation patterns changes.

DIRE is a common irregular verb that means “to say” or “to tell.” The root of the verb dire is dic-. You’ll need to add the endings to this.

Making a list of the most common irregular verbs and memorizing them is the best way to deal with them.

How To Conjugate A Verb In A Question in Italian ?

You should conjugate with “LEI” (third person singular) which is used in Italian to address a person  you don’t know or one to whom you want to show respect) and  if you’re asking a question to a person in a formal setting.

You should conjugate with “VOI” (second person plural) if you are asking a question to two or more people, regardless of the setting..

Finally, you might want to use any of these tools to look up the conjugations of any Italian verbs.Don’t get overwhelmed by trying to master all of them; you’ll never need to.

What Are The Most Common Conjugations To Use as A Beginner?

While there are several tenses in Italian, you don’t need to use them all as a beginner. In everyday Italian; even most native speakers use only a few tenses / conjugations

With the present simple (presente indicativo) and present perfect  (il passato prossimo) You can be conversational, at least at a beginner level, if you master these two tenses. 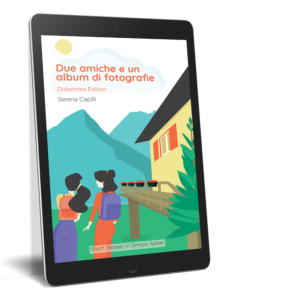 Italian Adjectives & Expressions to talk about someone’s Personality  Essere and Esserci: The Difference